Canada Day July 1st is an opportunity for Canadians to reflect on issues of national sovereignty.
Territorial control over Canada has been part of Washington’s geopolitical and military agenda since the 1860s,  following the end of the American civil war.
In 1867, Canada became a nation, a federation, under the British North America Act,  largely in response to the threat of annexation by the United States as formulated in a bill adopted by the US Congress in 1866:
“A Bill for the admission of the States of Nova Scotia, New Brunswick, Canada East, and Canada West, and for the organization of the Territories of Selkirk, Saskatchewan, and Columbia. (Annexation Bill)” (see map below)

Future Fast Forward:  The plan to annex Canada to the USA is still on the books.
In April 2002, upon the creation of US Northern Command (USNORTHCOM), Defense Secretary Donald Rumsfeld put forth the concept of “Binational integration” of military command structures, alongside a major revamping in the areas of immigration, law enforcement and intelligence.
Rumsfeld also stated without consulting Ottawa, that the areas of territorial jurisdiction of USNORTHCOM on land and sea would extend into the Northwest territories and the Canadian Arctic.
Moreover, territorial integration under the proposed North American Union  and Security and Prosperity Partnership (SPP) (launched in 2005) would embody Canada (as well as Mexico) into the US Homeland Security apparatus. Broadly speaking, Washington would set the agenda for “integration” and would exert an overriding influence in developing the legal, political, economic, military and national security architecture of the proposed NAU.
What is at stake is de facto annexation, where Canada would cease to function as a sovereign nation, relegated to the status of a US protectorate.
The Conservative government in Ottawa has not only embraced the SPP, it is also actively supporting the US war agenda, its national security agenda and its “Global War on Terrorism”.
In the last few years “Securing the North American Security Perimeter” has been viewed by Washington as a means to “bringing Canada into Fortress America”.
Historical Background: US Bill to Annex Canada (1866)

Most Canadians are unaware that a Bill to Annex Canada into the US was introduced and adopted by the US Congress in 1866 prior to the 1867 Alaska Purchase from Russia. The Complete text of the 1866 Bill is contained in Annex to this article.
The text of the bill is tantamount to an invasion plan. It was to come into force upon its proclamation by US president Andrew Johnson (left). It included the territories of British North America from Newfoundland and the Maritimes to British Columbia, extending North into the Hudson Bay territory and North West Territory bordering onto “Russian America”. (i.e Alaska) (See map below)
It consisted in the outright confiscation of public lands. It also implied US control over the trans Canada railway system, waterways, canals as well as control over the Saint Lawrence seaway.
The US government had also contemplated paying “compensation” to the Hudson Bay Company. This consisted essentially in a plan to confiscate the territories under H.B.C jurisdiction (see map), “in full discharge of all claims to territory or jurisdiction in North America, whether founded on the charter of the [Hudson Bay] company or any treaty, law, or usage.”

The United States will pay ten millions of dollars to the Hudson Bay Company in full discharge of all claims to territory or jurisdiction in North America, whether founded on the charter of the company or any treaty, law, or usage. (Article XI)

The territorial division of British North America is outlined in the bill.  The various constituent “Canadian states” would conform to US laws in setting up their legislature. While the 1866 Annexation project was stalled upon the adoption of the British North American Act in 1867, US plans to annex and/or invade Canada militarily have to this date remained on the books.
In the late 1920s, Washington formulated a detailed plan to invade Canada, entitled “Joint Army and Navy Basic War Plan — Red”. The plan was approved by the US War Department under the presidency of Herbert Hoover (right) in 1930. It was updated in 1934 and 1935 during the presidency of Franklin D. Roosevelt. It was withdrawn in 1939 following the outbreak of the Second World War.
Secretary of War Patrick J. Hurley (left below) was largely instrumental in the formulation and approval of Plan Red by the US administration.
The plan to invade Canada consisted of a 94-page document “with the word SECRET stamped on the cover. It had been formulated over a period of over five years (See text in Annex).

In February 1935, the [US] War Department arranged a Congressional appropriation of $57 million dollars to build three border air bases for the purposes of pre-emptive surprise attacks on Canadian air fields. The base in the Great Lakes region was to be camouflaged as a civilian airport and was to “be capable of dominating the industrial heart of Canada, the Ontario Peninsula” from p. 61 of the February 11-13, 1935, hearings of the Committee on Military Affairs, House of Representatives, on Air Defense Bases (H.R. 6621 and H.R. 4130). This testimony was to have been secret but was published by mistake. See the New York Times, May 1, 1935, p. 1.
In August 1935, the US held its largest peacetime military manoeuvres in history, with 36,000 troops converging at the Canadian border south of Ottawa, and another 15,000 held in reserve in Pennsylvania. The war game scenario was a US motorized invasion of Canada, with the defending forces initially repulsing the invading Blue forces, but eventually to lose “outnumbered and outgunned” when Blue reinforcements arrive. This according to the Army’s pamphlet “Souvenir of of the First Army Maneuvers: The Greatest Peace Time Event in US History” (p.2). ( Professor F.W. Rudmin Queen’s University Kingston, Ontario, Comments on “War Plan Red”, see complete text in Annex III)

One of the updates to the 1930 invasion plan was the use of chemical weapons against civilians:

“In 1934, War Plan Red was amended to authorize the immediate first use of poison gas against Canadians and to use strategic bombing to destroy Halifax if it could not be captured.” (Ibid)

It is worth noting that in the course of World War II,  a decision was taken by the War Department to retain the invasion plan on the books. War Plan Red was declassified in 1974. 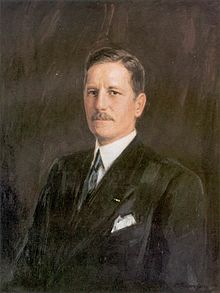 “A bold plan, a bodacious plan, a step-by-step plan to invade, seize and annex our neighbor to the north. …First, we send a joint Army-Navy overseas force to capture the port city of Halifax, cutting the Canadians off from their British allies.
Then we seize Canadian power plants near Niagara Falls, so they freeze in the dark.
Then the U.S. Army invades on three fronts — marching from Vermont to take Montreal and Quebec, charging out of North Dakota to grab the railroad center at Winnipeg, and storming out of the Midwest to capture the strategic nickel mines of Ontario.
Meanwhile, the U.S. Navy seizes the Great Lakes and blockades Canada’s Atlantic and Pacific ports.  … “(Raiding the Icebox; Behind Its Warm Front, the United States Made Cold Calculations to Subdue Canada, by Peter Carlson, Washington Post, 30 December 2005, emphasis added).
The original documents pertaining to the invasion of Canada including “War Plan Red” and “Defence Scheme No. 1.” are in the archives of the US Army War College in Carlisle, Pa.
The complete text of War Plan Red is contained in Annex III. The complete text of the Annexation Plan is contained in Annex I.
The  plan is detailed. It involves both military as well an intelligence components.
According to historian John Major “War, Plan Red” also consisted in “a series of possible pre-emptive American campaigns to invade Canada in several areas and occupy key ports and railways before British troops could provide reinforcement to the Canadians…”
Canada’s National Defense
The Canadian federal government and military were fully aware of these “Secret” US plans to invade Canada. In the 1920s, Lieutenant James “Buster” Sutherland Brown  had been appointed Director of Military Operations and Intelligence in Ottawa to address the issue of Canada’s national security.  His tasks consisted in developing contingency war plans in the case of a US attack against the Dominion of Canada.  Under the helm of “Buster” Sutherland Brown (subsequently promoted to Brigadier), Canada’s response to US threats was formulated under “Defence Scheme No. 1″, a counterattack contingency plan, in the case of a US invasion.
“Defense Scheme No. 1″ was abandoned in 1931 by Canada’s chief of the general staff, A.G.L. McNaughton (following the adoption of “War Plan Red” in 1930) , on the grounds that “the Americans would inevitably win such a war” and there was no use in acting upon a contingency plan.
Ottawa had caved in. The watershed decision by the Conservative government of Prime Minister R. B. Bennett which came to office in August 1930 to abandon a Canada national defense plan constituted a de facto recognition of  US hegemony in North America.  While the invasion of Canada  under  Joint Army and Navy Basic War Plan — Red was never carried out, the military threat of an invasion plan served to oblige Canada to ultimately surrender to US political and economic pressures.

Let us remember on Canada Day, July 1st, that the greatest threat to Canadian national sovereignty emanates from US plans of “deep integration”, which are fully supported by the Harper proxy government.
Text revised on July 1st 2013

ANNEX II
DETAILS OF “WAR PLAN RED” (1930)
The  plan is detailed (See annex III). It involves both military as well an intelligence components:

Michel Chossudovsky is an award-winning author, Professor of Economics (emeritus) at the University of Ottawa, Founder and Director of the Centre for Research on Globalization (CRG), Montreal and Editor of the globalresearch.ca website. He is the author of The Globalization of Poverty and The New World Order (2003) and America’s “War on Terrorism”(2005). His most recent book is entitled Towards a World War III Scenario: The Dangers of Nuclear War (2011). He is also a contributor to the Encyclopaedia Britannica. His writings have been published in more than twenty languages. He can be reached at [email protected] —————————————————————————————————— Michel Chossudovsky est directeur du Centre de recherche sur la mondialisation et professeur émérite de sciences économiques à l’Université d’Ottawa. Il est l’auteur de “Guerre et mondialisation, La vérité derrière le 11 septembre”, “La Mondialisation de la pauvreté et nouvel ordre mondial” (best-seller international publié en plus de 10 langues). Contact : [email protected]