Who’s really ‘presenting lies as facts’? How State Dept. exposes itself to propaganda 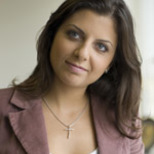 Propaganda IS the deliberate dissemination of information that you know to be false or misguided.

And boy, does Mr. Stengel make a valiant attempt at propagandizing, because anyone would be hard-pressed to cram more falsehoods into a hundred words:

“From assertions that peaceful protesters hired snipers to repeated allegations that Kiev is beset by violence, fascism and anti-Semitism, these are lies falsely presented as news. (…) Consider the way RT manipulated a leaked telephone call involving former Ukrainian Prime Minister Yulia Tymoshenko. Through selective editing, the network made it appear that Tymoshenko advocated violence against Russia. Or the constant reference to any Ukrainian opposed to a Russian takeover of the country as a “terrorist.” Or the unquestioning repetition of the ludicrous assertion last week that the United States has invested $5 billion in regime change in Ukraine. These are not facts, and they are not opinions. They are false claims, and when propaganda poses as news it creates real dangers and gives a green light to violence.”

How many FACTS does Mr. Stengel attempt to deny? Let us count:

– Yulia Tymoshenko herself has confirmed the authenticity of the conversation that included the following statements: “This is really beyond all boundaries. It’s about time we grab our guns and kill those damned Russians together with their leader.” And “I would have found a way to kill those a***es. I hope I will be able to get all my connections involved. And I will use all of my means to make the entire world rise up, so that there wouldn’t be even a scorched field left in Russia.” While there was indeed some controversy about a small portion of the recording being altered, Ms. Tymoshenko herself pointed to the source of the tape, not RT, as the guilty party, and the statements quoted above were not in question. Bottom line: if it appears that Ms. Tymoshenko is advocating violence against Russia and Russians – it’s because she blatantly is.

– Forgetting for a second the absolutely ludicrous supposition, even in theory, of a Russian “takeover” of Ukraine, RT refers those supportive of the current authorities in Kiev as “anti-autonomy,” “pro-unity protesters” and “pro-Kiev activists.” But you know who is keen on throwing around the “terrorist” moniker? Why, that would be the newly-minted, US-supported Ukrainian government, applying the term to its own people (source: BBC News), as it sends tanks against the anti-government protesters – something that even President Yanukovich, for all his faults, refused to do.

– Assistant Secretary of State Victoria Nuland was the one to publicize the $5 billion “investment” in Ukraine’s “European future,” framing it in terms of the United States’ support of Ukraine achieving preconditions for “its European aspirations.” Interestingly enough, that “European future” and those “European aspirations” by definition blatantly ignored and/or rejected the aspirations of the 37 percent of Ukrainians who desired closer relationship with Russia via a trade union, as opposed to the 39 percent in favor of joining the EU (source: Kiev International Institute of Sociology). How much of that $5 billion went to support the institutions that aided their interests and how much support did Ms. Nuland et al. lend to the democratically-elected president who represented them? Right. Not that anyone is particularly surprised. Wouldn’t be the first time that the US benignly “invested” in “democracy” (sources: Washington Post). Now, how does throwing Molotov cocktails (source: Sky News), savagely beating officers, and refusing medical aid to the injured while taking over government buildings fit into your definition of “peaceful protesters”? There was indeed brutality on both sides of the barricades (which RT thoroughly documented and aired), but you have admit – police officers don’t die by the hand of peaceful demonstrators.

How is RT behind the “protesters hired snipers” assertions if those concerns were brought to light by the famous leaked (and confirmed authentic – source: CNN) Ashton-Paet call, by quoting a Maidan medic whose credibility they went to pains to establish? The statement that “there is now stronger and stronger understanding that behind the snipers, it was not Yanukovich, but it was somebody from the new coalition” came not from RT but the Estonian minister.

And why is the far-right, neo-Nazi threat in Ukraine being so flippantly dismissed despite being documented by dozens of Western mainstream media outlets (sources: BBC Newsnight, The Nation, Channel 4 UK)?

The reason you’re seeing citations of sources right here, in the text, is so that it cannot be labeled as another “propaganda” piece full of RT’s own “false” reporting. Or does Mr. Stengel consider all media organizations that report inconvenient facts that challenge his reality to be propaganda outlets? It is very disappointing that a person of his position knows so very little of the reality of the situation in Ukraine, but it certainly explains a lot about the state of US foreign policy.

Facts are facts, Mr. Stengel. It’s too bad you can’t get your own straight.