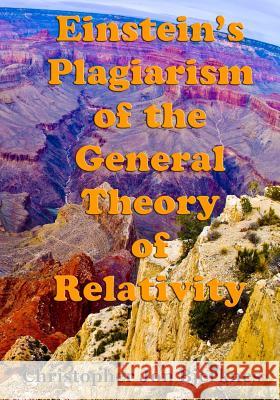 Einstein’s Plagiarism of the General Theory of Relativity

A thorough documentation of Albert Einstein’s plagiarism of the general theory of relativity. Republishes the relevant papers of Einstein’s predecessors, captures the history of the major priority disputes and exposes how Einstein manipulated credit for the work of others. In 1997, amid much fanfare, Leo Corry announced to the world that he had uncovered proof that Albert Einstein arrived at the generally covariant field equations of gravitation before David Hilbert. Leo Corry joined with Jurgen Renn and John Stachel and published an article in the journal Science arguing against Hilbert’s priority. Their claims were largely based on a set of printer’s proofs of David Hilbert’s 20 November 1915 Gottingen lecture, which Corry had uncovered. However, in this 1997 article, “Belated Decision in the Hilbert-Einstein Priority Dispute,” Corry, Renn and Stachel failed to disclose the fact that these printer’s proofs were mutilated, and are missing a critical part. Full disclosure of the facts reveals that even in their mutilated state, these proofs prove that Hilbert had a generally covariant theory of gravitation before Einstein. In 1915, Albert Einstein manipulated credit for Paul Gerber’s 1898 formula for the perihelion motion of Mercury. The extensive history of the question of the speed at which gravitational effects propagate and the perihelion motion of the planet Mercury has largely been forgotten, with the full credit for the raising of these questions and their solution too often wrongfully given to an undeserving Einstein. In 1919, (on dubious grounds) Frank Watson Dyson, Charles Davidson and Arthur Stanley Eddington made Albert Einstein internationally famous by affirming that experiment had confirmed, without an attribution to Soldner, Johann Georg von Soldner’s 1801 hypothesis that the gravitational field of the Sun should curve the path of a light ray coming from a star and grazing the limb of the Sun. Shortly after that Einstein won the Nobel Prize, though it is unclear why he won it, other than as a reward for his newly found fame for reiterating Soldner’s ideas, and for his pacificist stance during World War I–the law of the photoelectric effect was mentioned as a possible reason for the prize. Albert Einstein was fond of propounding thought experiments as if they would somehow account for the research he had never conducted. Einstein also tried to lay claim to well-known experimental facts by postulating that a posteriori problems were instead a priori first principles. He confused induction with deduction and analysis with synthesis. However, even Einstein’s thought experiments were unoriginal. 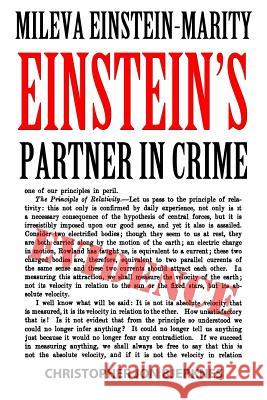 Christopher Jon Bjerknes
There is abundant evidence that Mileva Maric, Albert Einstein’s first wife, collaborated with Albert on the production and publication of their most famous papers of 1905, and may even have been the sole author of those works. The book also details the many controversies which emerged when Albert Einstein won the Nobel Prize and surrendered the proceeds to Mileva Einstein-Marity.
. 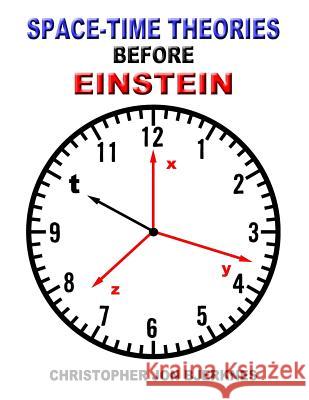 Christopher Jon Bjerknes
Popular myth has it that Albert Einstein originated the concept of “space-time.” However, not only did Einstein not originate the idea of “space-time,” he vigorously opposed it for quite some space of time. In fact, space-time theories have been quite common in folk-lore, philosophy, mathematics, religion, science, science fiction, psychology, and are even inherent in some languages. The ancients expressed “space-time” theories thousands of years ago. Albert Einstein did not introduce the idea of space-time into the theory of relativity, rather it was Henri Poincare who first propounded the special theory of relativity in its modern four-dimensional form. When Minkowski adopted Poincare’s quadri-dimensional theory, Einstein initially opposed and criticized the idea, and did not adopt it until much later. The book presents a thorough study of the evolution of space-time theories prior to Einstein’s acceptance of these works, which republishes the relevant works of Einstein’s predecessors, including: OCELLUS LUCANUS, JOHN LOCKE, DAVID HUME, HENRY MORE, ISAAC NEWTON, SAMUEL CLARKE, THOMAS REID, JEAN LE ROND D’ALEMBERT, ROGER JOSEPH BOSCOVICH, JOSEPH LOUIS LAGRANGE, GEORG SIMON KLUGEL, ARTHUR SCHOPENHAUER, GUSTAV THEODOR FECHNER, WILLIAM ROWAN HAMILTON ( by E. H. Synge), EUGEN KARL DUHRING, WOLDEMAR VOIGT, HENRI BERGSON, RUDOLF MEWES, H. G. WELLS, JAMES H. HYSLOP, G. F. FITZGERALD, JOSEPH LARMOR, H. A. LORENTZ, MELCHIOR PALAGYI, GEORGE STUART FULLERTON, HENRI POINCARE, RUDOLF MEHMKE, PAUL LANGEVIN, ROBERTO MARCOLONGO, LADY VICTORIA WELBY, RICHARD HARGREAVES and HERMANN MINKOWSKI.
. 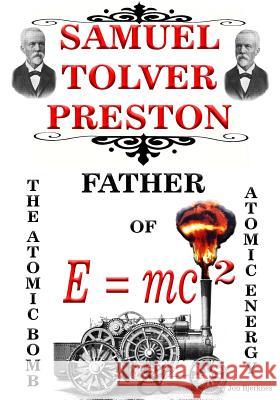 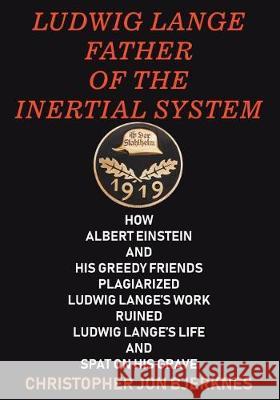 The name “Einstein” evokes images of genius, but was Albert Einstein, in fact, a plagiarist, who copied the theories of Lorentz, Poincare, Gerber, and Hilbert?

A scholarly documentation of Albert Einstein’s plagiarism of the theory of relativity, Albert Einstein: The Incorrigible Plagiarist discloses Einstein’s method for manipulating credit for the work of his contemporaries, reprints the prior works he parroted, and demonstrates through formal logical argument that Albert Einstein could not have drawn the conclusions he drew without prior knowledge of the works he copied, but failed to reference. Numerous republished quotations from Einstein’s contemporaries prove that they were aware of his plagiarism.

The Einstein Hoax: The Disastrous Intellectual War on Common Sense

Much of this book was written a long time ago when the author first became aware of the concepts of Special and General relativity. At the time he assumed that the subject was well thought out and understood by people more knowledgeable and probably more intelligent than himself. His goal was to learn from them and to understand the phenomena being described. He could not, however, accept the prevalent idea that the workings of Nature were beyond the ability of mere mortals to understand at the “common sense” level.

As he studied the subject, he learned that this dictum was an intellectual “con game” by men who were acting in the manner of a priesthood defending the “true faith” rather than scientists. The dictum is not true; the mechanisms by which Nature operates are, for the most part, easily understood and the necessary mathematics and arguments to evaluate their validity are within the knowledge of sophomore students in engineering or physical. It is the purpose of this book to make these mechanisms understandable to the general reader.